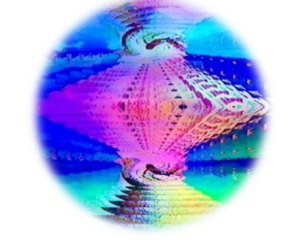 Imagine your life as one large cycle, and within this greater cycle there are many smaller cycles that are repeated throughout your lives, with some repeated more frequently than others. Consider that the purpose of these cycles is to replenish, take stock, build upon, and to learn from our mistakes, releasing our anguish, anxieties, fear and hurt from our past, finally letting go of what no longer serves our purpose any more.

Once we have learned our lessons there is no need to repeat them, making the same old mistakes over and over again (this being a cycle within itself). On a level of far greater depth and capacity – infinitely, we are all one with the Universe and its energy. Everything exists within cycles – all is recycled.

As humans, we repeat the same patterns from past life cycles until we can recognize them for what they are. Once we do this, we are then able to free ourselves from being stuck in the past and can remain in the present to enjoy life.

This gives us a greater understanding of the reasons why past lives may exist, and why we have chosen to come down on earth once again to be reborn into the cycle of rebirth. One of the reasons for this may be, because there is a karmic debt that you need to pay off to someone or to society. Alternatively, it could be that you have some unfinished business with others you left behind in a previous life and you want to change this, or put it right.

In all religions, there exists the belief that we will enter an afterlife of some kind and many religions believe this will happen through reincarnation. In Christianity, reincarnation may have existed until around the 4th century AD. It was then said to have been removed by the Roman emperor Constantine, possibly, through fear of losing control of the church at the time.

Many children have recalled and remembered their past lives without being aware of what a past life actually is as it comes so naturally to them. A client of mine once told me, that when her daughter was five years old she opened the gate from the house and ran out into the street. When the mother screamed out franticly to her daughter, she turned around and said to her “Don’t you think I know that, that is how I died in my last life!”

Often children are aware of another existence, from around the age of three, up until around six years old, the seven-year cycle then takes effect as we progress into adulthood. This creates a greater awareness in the conscious mind; it brings forth changes, and helps us to relearn how to cope with the problems of modern day life! This is because the unconscious mind is not lost, just almost forgotten, except, when we gain access in our dreams, or visions that some might have, or the feelings of Déjà vu, and of course, through Past Life Regression therapy. There have been many recorded cases from clients of psychiatrists and regressionists that have found evidence of past lives when these lives have been researched in the present.

After we have passed on from a life cycle on earth, we enter the ‘Interlife’ (known as ‘Bardo’ in Buddhism). This is a place between lives before entering into the next life on earth. It is where we can look at the previous life and reflect, ask for forgiveness, or forgive those that are there with us or, those we left behind on earth. It is a place of peace and serenity, calmness and tranquillity and where the soul is cleansed. It is a place to learn and spiritually grow before we move on into the next or present life. Wherever or whatever stage you may have reached, at this present time in your life, it is a result of your past! 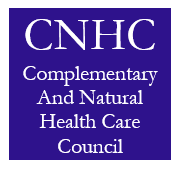