Hypnotherapy with a Holistic Approach

Gary Markwick is a qualified and registered Clinical Hypnotherapist D.H.P, NLP
Qualified in NLP, Past Life Regression, Smoking Cessation and Trauma Therapy. Usui and Karuna Reiki Master Teacher, Trainer in the Law of Attraction.
Contact Denize to make a booking or for information: 07986 996414
Email: gary@hypnotherapyholistic.com 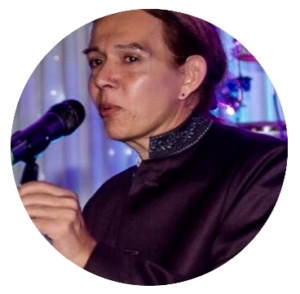 “The journey goes back a long way in my family from the Celtic Ancestry of Scotland and Wales to more Recent times here in London, England. In the 1950`s my grandfather and my mother became quite well known with mind reading, escapology, illusionism, clairvoyance, palmistry and working with celebrities at BBC TV and Radio. Not surprisingly, I have always been interested in healing and mysticism from a very early age”.

Some years later in 1998, I decided to study for an intense hypnotherapy correspondence course in which I passed with distinction. However, even though I had made some cassette tapes of my voice with a composition of music that I wrote to help people with hypnotherapy, I did not take it any further. In 1999, I trained in NLP and following this, I learned Reiki healing and became a Reiki Master Teacher. Eventually, I studied hypnotherapy once again, and I have been practicing it ever since”.

“My aim is to help and show you how to find positive resources and intentions, by using your own skills to obtain the full potentiality that exists within your life.”