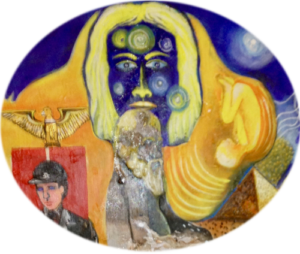 Below, are two accounts from a girl in her mid-twenties, that I gave Past Life Regression to. Not only did she remember everything in detail she also kindly, typed out her experiences and gave her notes to me:

“I appeared in a large pale marble building with pillars. I felt at home and very comfortable and relaxed; I instantly knew I was female. I was standing on a few steps that led down into another part of a split-level room. Ahead of me was a slightly raised pool within the room. There were two women of elegant appearance standing not far from the pool on the right. They were wearing cream coloured clothes.

“It felt as though I was in a Roman setting looking across the room, on the left, the building opened up into a large grassed courtyard area. The building extended around the courtyard and pillars decorated the veranda. It was totally serene and tranquil. I was wearing a number of rings on my toes. My clothes were cream in colour with gold embroidery. I was in my early 20s.

“I walked outside into the courtyard and on the veranda off to the left of the grassed area two men were talking to each other. I took no notice of the man on the left, but the man on the right I was totally fixated upon. He was wearing a deep blue cloak fixed to hang slightly over his shoulders and down his back. He was some sort of official and I admired him and felt that I was in a relationship with him. He appeared to be powerful and a man of status. He had dark hair, probably black and was significantly older than me, probably into his mid 30s.

“Gary asked me to look 10 years ahead. I was still slim, very happy and was wearing a lot of jewellery. I was still in the same marble building. I was totally contented with life, didn’t feel I did anything other than enjoy life and although I didn’t see any children, I felt I was never alone in the building.

“When asked to move ahead again, I felt I never became old. However, in the future, in my 40s, I was aware I had a breathing problem. I was upset about the way I was. I was looking at my hands and arms, although they did not appear old, looking at them I could tell something was not quite right with me. My forearms appeared thin. My fingernails were long and oval in shape. I was wearing rings. I felt disappointed and was sitting and then laying on some sort of lounger or bed, looking at the pool in the middle of the room. My hair was clipped up. My hair was very well maintained. I could see I had thick, long black curls, possibly with some false hair clipped into my own. There was no one else about at the time, but I didn’t feel totally alone. I felt as though my husband may have died; he certainly wasn’t around, and it didn’t feel as though I had any children. Whilst there was a feeling of disappointment about the current situation I was content enough and felt I had had a very happy life!”

“It was dark at night, a little cold and damp, but would have been a mild day. It was totally quiet. I looked down and could see that I was wearing black or dark navy shoes, with a gold coloured buckle on the sides. To my surprise I was male.

“I was wearing what I considered to be opulent clothes; trousers to the knee, stockings and a cloak and I thought I may have been wearing a hat. Everything was dark navy in colour. I was young, probably about 20 years old. My hair was tied back. I believed it was somewhere in Europe in the mid-1700s to 1800s, definitely not Spain, France, Germany or Italy.

“I felt as though I had a comfortable lifestyle and had some significant wealth. I thought I may have been skilled in something academic, possibly mathematical. There was a feeling as though I had been away from this place for some time and that I had returned with something I had been tasked to do. I had coins in a pouch or bag which was attached to a cord I was wearing over my shoulder, but with the pouch concealed under my cloak. I felt I was keeping these safe under my cloak and thought I may have had to deliver these to another man.

“When I walked forward I could see a row of tall terraced houses on the right of the paved road or path. It was not a particularly wide area to walk along and on the left was water, probably some sort of canal. I could not see up to the roof level, but the houses were white with black front doors and had large windows which had square or rectangular panes. I felt as though I had something I must do and that I had to be somewhere else rather than spend time looking around. I was not sure about going up to the houses to have a closer look because of this reason. I did go up to one of the houses as suggested by Gary.

“The closer I got to the window, the more came into focus through the panes. I ended up very close to the glass and could see into a candle lit room. Sitting on what appeared to be the floor was a young lady wearing some sort of white or cream bonnet, possibly a nightcap. She was dressed in white or pale cream and her clothing had a high collar. She was facing away from me, but I could see her slightly side on. I felt as though there was a couple of children in there with her, quite possibly young boys. I wasn’t sure if they were her brothers or her own children.

“The more I looked, the more I started to feel I knew her and that I had some type of relationship with her. Without warning I became very upset. It was as though I missed her and longed to be with her I had feelings that I didn’t want to leave this moment; that I didn’t want to go to wherever I had to be or to do whatever I had to do next. Gary suggested I walk up to the front door and knock on the door. I did this and there appeared to be a number on the door, something between 80 and 84. When she opened the door she was pleased to see me but she was upset too. We were hugging each other and I was saying sorry to her repeatedly.

“I believed at this point my name was Francis. I assumed that this was my first name, but it could have been my second name. I did not want to let her go, neither did she want me to leave, and we were both very upset, particularly myself. I could see and feel light and warmth coming from inside the house and was aware again of the two children being in there although they did not come to the door. I wasn’t sure at this point if they were my children. There was no way I wanted to leave this moment and continue along the street. I felt as though I was going to die shortly afterwards.

“As instructed by Gary, I moved on and continued a little way up the street. I felt as though I had to deliver the coins to someone. Suddenly, I was shoved hard from behind. My view of the situation then changed and as an observer I saw myself fall forwards, my cloak flew up in the air and I landed on my hands and knees. Two people were behind me and I saw my face as I looked back at them, whilst turning around, but still on the floor. I had pale skin, my nose was quite pointed at the end and I had fair hair, thick and wavy, tied back in a ponytail about 4 inches long. I was very scared.

“My perspective then returned to me and I was looking up at the two men from the ground. The canal was now on my right and I wasn’t far from the edge. I felt as though I knew the men as they came nearer, but I couldn’t focus clearly on their features. They were clearly of a respectable background the same as my own. The man on the left had a beard and was holding a lump of wood. I was trying to talk to them and reason with them but they wanted to hurt me. I then couldn’t see anything and I believed they killed me.

“After the scene ended, I felt as though I was regretful about the situation; as if I hadn’t done what the young lady in the house had wanted me to do and instead I had got involved with the wrong sort of people; possibly for financial gain. There was a feeling that I knew the two men and that they and I possibly worked for the same man I believed I was delivering the coins to. I wondered if it had been some sort of internal set up between all three men to kill me whilst on route. I felt I could forgive the two who did it, but not the man who I believed had instructed them to kill me. I felt pleased I had that time with the young lady at the door!”